Well folks, it’s that time of year, and the Bureau of Labor Statistics (BLS) here in the United States has published its findings in terms of jobs data; as usual, nursing and nurses are at the top of the list. 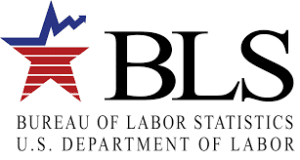 Every March, the BLS releases its Occupational Employment and Wages report; this time, the data are based on findings from May of 2016. All data points mentioned in this post are from that date.

8.3 million Americans were found to be working in either technical positions or as healthcare providers, and healthcare employment in general made of approximately 9 percent of all employed Americans.

Nurses filled 2.9 million jobs, and were determined to still be the backbone of the healthcare industry in terms of numbers, and about 1.6 million nursing positions are stated to be in “the general medical and surgical hospitals industry.”

Here are some quotes from the BLS report:

Fourteen of the 15 highest paying occupations were healthcare occupations, including several physician and dentist occupations and nurse anesthetists.

The lowest paying healthcare occupations were home health aides ($23,600) and veterinary assistants and laboratory animal caretakers ($26,810).
Annual mean wages for healthcare practitioners and technical occupations, the larger of the two healthcare occupational groups, varied by state from $63,930 in Louisiana to $95,720 in Alaska, compared with $79,160 nationally.
Several areas in California, including San Jose-Sunnyvale-Santa Clara, were among the highest paying metropolitan areas for healthcare practitioners and technical occupations. The lowest paying areas for this occupational group included Lake Charles, La. ($53,540), and Jackson, Tenn. ($58,300).

In terms of education, 21 percent of all jobs in the U.S. require a bachelor’s degree for entry into the related field.

Here are some salary data points to chew on:

We can see that PAs and NPs are earning very similar amounts hourly and annually. We can also see that PTs who now need a doctorate to practice (they previously only needed a master’s degree and many have been grandfathered in), earn only $15,000 more than RNs on average ($87,220 for PTs as opposed to $72,180 for RNs). That $15,000 difference is significant, but we must consider the relative amount of accumulated debt a PT must pay off, as well as the number of years needed for their education.

Meanwhile, I notice that nurses’ role as the backbone and lifeblood of healthcare has not changed. I also notice that 14 out of 15 of the highest-paying jobs in the United States are in the healthcare sector.

We all know that the Baby Boom generation is going to continue to age, retire, and need healthcare. Only a third of that generation is now in the workforce, and that number will continue to dwindle. A quarter of a million Americans reach the age of 65 every month, and this “Silver Tsunami” will continue apace for a while yet.

So, if you want to take care of me or my peers, a healthcare career is likely a good bet. And if you’re entrepreneurial at heart, there are going to be plenty of opportunities for you to ply your wares as a nurse entrepreneur serving a variety of populations (but I’d put my money on the old people!)

Folks, no matter what, healthcare professions are going to continue to dominate the employment data for the foreseeable future. We’ve already talked about how nurse practitioners are gaining autonomy around the country — even at the Veterans Administration — and we can only imagine that this trend will expand. With the VA on board for NP independence, it’s only a matter of time until NPs have autonomy in much more than half the US states.

So, getting more education is likely a good bet right now, especially moving from an Associate’s in Nursing to a Bachelor’s. However, many Master’s programs could be smart to pursue as well, from informatics and leadership to various forms of APRN clinical specialization. There are even master’s programs that combine an MBA and an MSN. The sky’s the limit, nurses.

The future is looking good for healthcare employment, although the eventual dismantling of the Affordable Care Act could put a damper on things if it ever happens.

Things are heating up in the healthcare sector; I don’t think it’s a bubble — double down on nursing and healthcare as career choices. It’s a smart move.