Generations of Nurses Working Together, The Nurse Keith Show, EPS 69

On this episode of The Nurse Keith Show, we’re discussing

how nurses of different generations can work together.

At any time in history, there are various generations coming together in the context of the workplace. At the point of this podcast being recorded in August of 2016, the Millenial Generation (those born approximately between the early 1980s and the early 2000s) is now the largest living generation in the United States.

For those working in the healthcare industry at this point in time, it’s important to recognize the differences between the generations in terms of their approach to employment and work, their beliefs about workplace loyalty, and how they view the importance of self-care and personal wellness. These generations have much in common, yet we also know that misunderstanding, judgment, anger, bullying, and inappropriate workplace behavior can arise from the tensions between the generations.

These demographic changes continue to have a very important impact on healthcare and the nursing profession, and we would be prudent to find ways for different generations of nurses to learn from—and respect—one another along the way.

Given that Baby Boomers are retiring in larger and larger numbers, you can rest assured that Millenials are also becoming—or have already become—the dominant force in the workplace, with some Millenials ending up supervising their older peers. Meanwhile, in 2015, the Millenials overtook Generation X (the generation that I identify with) as the largest generation within the active workforce.

Gen X’ers were born more or less between 1964 and 1980 or so (being born in 1964, I’m right on the cusp), and that generation continues to have a relatively significant proportion of its members in the workforce since its members haven’t yet begun hitting retirement age.

Consider Tech When Considering the Generations

There are plenty of articles about the differences in beliefs and behaviors between these demographic groups, so I won’t be exhaustively detailing them here. Having said that, one major difference between younger and older workers in the 21st century is the level comfort and facility with technology and the rapid rate at which technology changes.

For those of us born in the 50s, 60s, 70s, and even the 80s, we aren’t what would be called “digital natives“. We grew up without computers and high-tech devices, and we’ve had to adapt to those changes along the way, especially in the workplace. These individuals are “digital immigrants” who have had to adapt to technology all along, whereas the digital natives were, if not born with an iPad in their hands, have had exposure to technology from very early on.

My son, who was born in 1983, is an older Millenial; his part of that generation were relatively young when the Internet and email really exploded in the 1990s, so they experienced an early childhood devoid of such things but adapted quickly to the changes as teenagers. Whereas my son can remember our home before the advent of the personal computer, his younger peers were born into homes already fully wired and connected to the Internet. He’s basically old enough to remember slow dial-up connections and large, clunky desktops monitors being the norm.

In the healthcare workplace, technology has always been on the move, and with the arrival of EMRs and EHRs, the ground was laid for continued change and digitization of the way we do our work. I don’t need to tell you how important being able to log onto and use an EMR is during the course of our work as nurses, and some of you probably witnessed first-hand the confusion (and possibly the anger) of much older nurses who simply didn’t want to make the jump. For you digital natives out there, exploring a new EMR may seem like a new adventure that can simply be tackled through your well-oiled comfort with technology and the intuitive way in which you’ve learned to interface with new technologies. Meanwhile, for the digital immigrant who has less facility with such things, the new EMR will be a major uphill battle and steep learning curve. 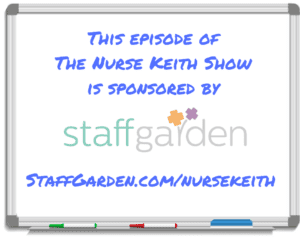 Not only are the generations different in terms of our approach to technology; we may also view the very nature of work in different ways. Older nurses may complain that younger nurses seem more self-centered and more interested in cultivating their personal lives and outside interests. Whereas Boomers learned about company loyalty and sticking with a job for years on end, Millenials might be more apt to quit a job that’s a good fit and go off looking for something new.

Rather than feeling anger and resentment towards peers of different generations, why not choose to learn from one another, instead? If a Millenial nurse feels impatient as an older nurses struggles at the pharmacy robot while trying to extract a dose of medication, he or she can choose to feel compassion for that older nurse, perhaps even offering to be a digital mentor and teacher. And the older nurse who feels resentful of a younger nurse who doesn’t want to give up a weekend off can actually learn from that nurse about the importance of personal boundaries and self-care.

Digital natives and digital immigrants have more differences than just technology; we have differences in world view, and we may even view the nature of institutions quite differently. Imagine having been born into the world of social media, citizen journalists, YouTube, and the major societal changes that have occurred in terms of race, gender identity, and gender orientation; younger workers see the world differently, and have a very different historical and cultural perspective about every aspect of life. This is neither good nor bad; it’s just a fact of when one was born in the course of history. It’s not a character flaw; it’s reality.

Bullying, harassment, and discrimination can be born from misunderstandings and resentments. Imagine being the sole Baby Boomer nurses on a unit staffed with Millenial nurses who live and breathe technology; that older nurse could become the target of bullying. Or a younger nurse who comes into a unit staffed mostly by nurses 20 years his senior may be eyed with suspicion and resentment, and his innovative ideas may be rebuffed and dismissed without a thought.

We need compassion and dialogue between the three active generations of nurses who make up our profession in the early 21st century. We need to come together and learn from one another, not bully and disregard those who are different from us.

Cross-generational learning is as important as cross-training between various staff members, and nurse leaders would be smart to leverage these generational differences, creating formal and informal mentoring programs that intelligently pair nurses of different generations together for getting to know one another and learning how the other ticks.

If you notice a cohort of your colleagues mistreating an older or younger nurse, how can you intervene and make peace? What impact does such mistreatment have on morale, workplace culture, and patient care?

Generational differences can be approached with humor, genuine curiosity, and gentleness rather than resentment, anger, and disapproval. Whether you’re a staff nurse or a nurse leader or administrator, you can positively impact your workplace’s generational disparities through awareness and conscious action.

Let’s fight generational discrimination and rancor with kindness and curiosity. We can help to mend the rifts between generations of nurses rather than widen them. We can learn, grow, and work together.

This episode of The Nurse Keith Show is brought to you by my friends at StaffGarden, a unique digital healthcare company allowing nurses to create a private online ePortfolio that StaffGarden shares with high-quality employers (with your permission, of course) in order to connect you with the best facilities and positions.

StaffGarden partners with fantastic employers seeking the best candidates in the nursing profession; through powerful partnerships with the recruiters and talent acquisition professionals employed by these healthcare leaders, they deliver your ePortfolio directly to the people who are looking for nurses just like you.

Having a StaffGarden ePortfolio and landing a job with a partnering employer costs you nothing. However, your ePortfolio will get you noticed for positions that you would likely not have access to through traditional ads or job postings.

As a nurse, partnering with StaffGarden adds depth and breadth to your job search process, as well as your exposure to some of the most progressive healthcare employers in the country. Allow SG to work for you and connect you with some of the greatest job opportunities in 21st-century healthcare.

The NNBA and Networking Nurses

In the fall of 2015, I recorded episode 29 of the Nurse Keith Show from Las Vegas, Nevada, where I was glowing from a glorious time at the annual conference of the National Nurses in Business Association (NNBA). Well, from October 14th to 16th of this year, I’ll be back at the 2016 NNBA conference with bells on, and I’m super psyched that Kevin Ross and Elizabeth Scala—my partners in crime at RNFM Radio—will also be with me. 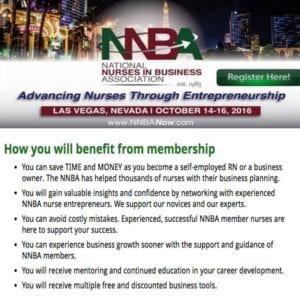 Just as a heads up, the three of us from RNFM Radio will be putting on a pre-conference workshop where attendees will be able to learn the basics of podcasting, and actually go home with all of the information they need to actually launch a podcast on a shoestring. There are other great pre-conferences on the schedule, as well, but we obviously want you to come to ours because it’s going to be fantastic. Check it all out here.

Keith is co-host of RNFMRadio.com, a wildly popular nursing podcast; he also hosts The Nurse Keith Show, his own podcast focused on career advice and inspiration for nurses. Keith is also the resident nursing career expert at Nurse.com.

A widely published nurse writer, Keith is the author of “Savvy Networking For Nurses: Getting Connected and Staying Connected in the 21st Century.” He has also contributed chapters to a number of books related to the nursing profession, and currently writes for MultiViews News Service, LPNtoBSNOnline.com, StaffGarden, and Working Nurse Magazine.